Is your power plant running in the optimal way?

Is your power plant running in the optimal way?

At power plants, the process data generated by control automation is widely collected and stored, but is the collected data utilised to its full extent?

Data should not be collected just for the sake of operating history. The data received from automation can be used for the real-time optimisation of the plant’s operation, converting the collected data into euros saved. It is a question of utilising digitalisation and the IoT, which are not mere things of the future but already an integral part of the present.

The core idea of real-time operational control is to promote the stability of the operation and to reduce deviations from optimal operation in all operating conditions irrespective of the shift or person. The nature of qualitative optimisation of energy production (e.g. efficiency, power-to-heat ratio and specific heat consumption) and quantitative optimisation differ from one another. For example, in district heat production, an hour of underproduction can be compensated by an hour of overproduction, or vice versa. A qualitatively non-optimal hour cannot be compensated by an optimal hour, as energy has already been wasted. Real-time graphics-based operation control supports the user, enabling optimal operation, constantly good efficiency and, consequently, a better operating economy. This, of course, is only possible if the plant operators are committed to abiding by the principles of optimal operation. Motivating people to continuous improvement is not always easy. It is difficult at least in the absence of proper tools and methods, in which case the operators’ shared view of the process is also missing.

Operation control also supports the plant’s operational reliability. Monitoring can often be used for identifying the early signs of future failures. A failure may appear in the form of slow changes in characteristic parameters or repeated deviations that do not yet stop the plant and that are very difficult to notice in daily operating situations.

The modelling of operation control is based on partial process balances, the top level of which includes boiler efficiency, power-to-heat ratio and specific heat consumption.
SyncPower, an operation control solution developed by Syncron Tech Oy, is capable of connecting to different information and automation systems to collect the necessary data. A power plant’s operation control can be provided in the form of a cloud service to minimise the IT footprint at the plant. The user interface is a regular web browser that can nearly always be used from existing computers and also from mobile devices. 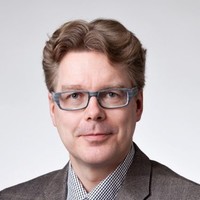 Battery storage and its use in the reserve market is increasing – why?

Wind farms are being built all over Finland, perhaps with the exception of the easternmost regions, and solar power is gaining popularity, both among private households and on an industrial scale. At the same time, Fingrid is building new connections and substations. Grid energy storage is increasing at an accelerating pace, especially in terms of capacity. These developments are somehow linked.

What is production fluctuation and why does it matter?

It is likely that everything in the universe fluctuates. Up and down, forward and back. This also applies to the pace of manufacturing of industrial products, the production rate. In all processes. At times, the process comes to a standstill, then it is re-started and accelerated, reaching top speed, then overspeed. The process is slowed down, fast and slow speed changes are made, it runs at a crawl and stops. The process is then started again and accelerated. Why?